Why Your Instagram Followers Don’t Matter, So Stop Caring

There’s no denying that one of the biggest challenges in relationships and marriage is dishonesty. While both partners usually play a role in this, women are guilty of shoveling the blame to their partners. We always hear about how men lie incessantly and it got me curious about what women actually lie about. I asked over 300 women what lies they told in the beginning stages of their relationships, and they dished. Here are the most common culprits: 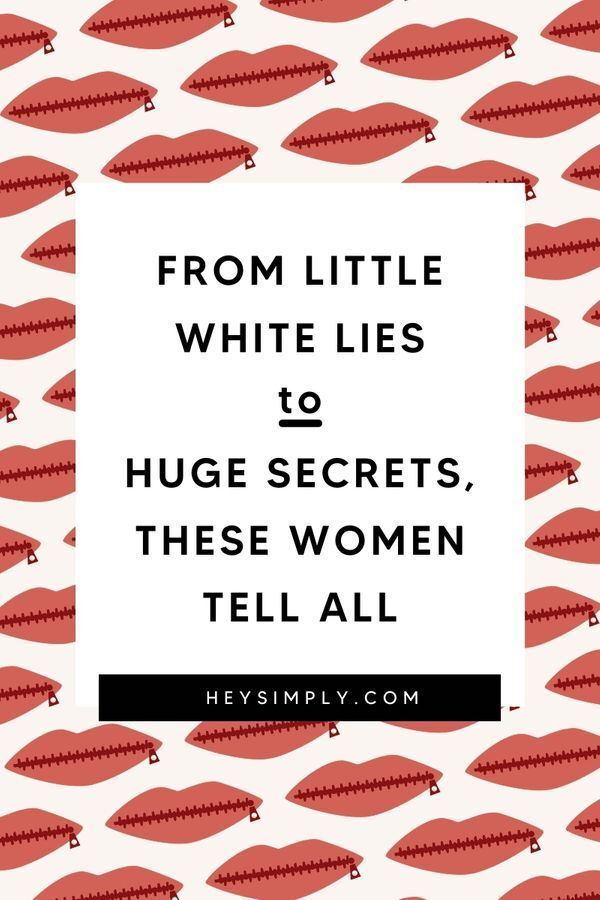 Overwhelmingly the women said that the intimate details of their intimate lives were off limits. Of those surveyed nearly 40% mentioned some time of omission of the number of previous relationships or partners, they have had. Not so surprisingly, we asked about 100 men what they *think* women lie about the most at the beginning of relationships and they guessed this exact topic too. Guess not all male intuition is wrong (insert shrug emoji here).

A close second to previous relationships was spending habits. I’ll admit, this one surprised me – but maybe shouldn’t have. Women chimed in that they may have under-declared the value of the items they purchased from unbranded dish soap which could constitute a misdemeanor to full-on major debt! One reader said, “Yes, I was lying about my credit card usage and when it was time to purchase a home I had fess up to all of the spending I’ve done.” – Yikes! The jury’s still out on how that one ended up.

42 QUESTIONS TO ASK YOUR PARTNER!

Some women described leaving the details out when speaking to their sig-oth, particularly when it came to who their friends were. One reader said, “I sometimes used to lie about who I was with because I did not want it to come across as if I only hang out with men. I do have more male friends than I do female friends.” Totally understand, but while this may bruise your potential beau’s ego, isn’t it completely normal to have more guy friends than girlfriends? I sure do.

Related: The Two-Year Test Is REAL, Here’s What You Need To Know

This list is not sorted in order of popularity, because if it was, this lie would be higher on the page. Nearly 20% of the women surveyed admitted to twisting the details of their family relationships. “Yes, I lied about my family dynamics. I wanted him to have a good impression of my crazy family. He found out soon enough.” I mean can you really blame them? People say that when you marry someone you marry their family – but why risk something good with details you can’t control? I’m team #whitelie on this one!

I’ll admit, this one made me chuckle. I loved reading about how so many women lie about how tidy they were to their partners. One reader dished, “Yes, totally lied. I kept my place way cleaner than I normally would have because I knew he was super clean.” Others went on to share they convinced their partners that they were spectacular cooks by plating frozen meals. Whatever you gotta do girlfriend!

Related: This Is The LEAST Important Ingredient In A Lasting Relationship

It’s amazing how women are conditioned to always want to be the ‘chill’ girlfriend. You know, “sweatpants, hair-tied, chilling with no makeup on”, loved watching sports and, oh yeah, adores those super violent video games. Sureeeee. This reader admits that she would “downplay my pet peeves- I didn’t want to seem picky, but welp I am a little picky!” I think it’s high time we own our choosiness – I mean, we chose you as our partner after all. That’s gotta count for something!

Juicy details are fun, but my favorite confessions to read were those regarding the silly things. I know you’ll enjoy these as much as I did. Shoutout to The Simply Squad for coming through with the laughs, here are the highlights:

Related: What I Wish I Knew Before I Got Married

Don’t feel too sorry for the men, because trust me – they lie too. Everything from white lies about his ability to cook (guess it goes both ways) to more scathing details like a history of cheating. It looks like both genders took some liberties with the truth during their honeymoon period. But like the women, most of the incriminating content was mild in nature. One male reader said, “Oh I absolutely said I never play video games, and I definitely don’t snore. Both of which, although not often, are definitely false.” Hope this guy got his gf got some noise canceling headphones. Snoring is a dealbreaker for some people – myself included. #lightsleepersunite

11 Things I Wish I Knew As a Bride-To-Be

The Ugly Truth About Splitting Family Time During The Holidays

Why My Husband Would Never Get A Prenup

Boyfriend Red Flags + How To Avoid Them