Are Ritual Vitamins Worth It?

Experts share what my Apple Watch move goal should be

How To Perfectly Curl Your Hair With a Curling Iron

Am I a Bad Friend?

Our trip to Zurich was a complete fluke. We took an impromptu trip to Europe early last year and we knew that we needed to make it to Portugal somehow. Since that direct flight was obscenely expensive, we booked flights from ATL to Europe and Europe to ATL. We figured that we would find a way to get in between cities. Flights inter-Europe are pretty cheap so that wasn’t a concern. It happened to work out that Barcelona was the cheapest to fly into and Zurich was the cheapest to fly out of, and so it was.

RELATED: 13 Things You Have To Do On Your Next Trip To Paris 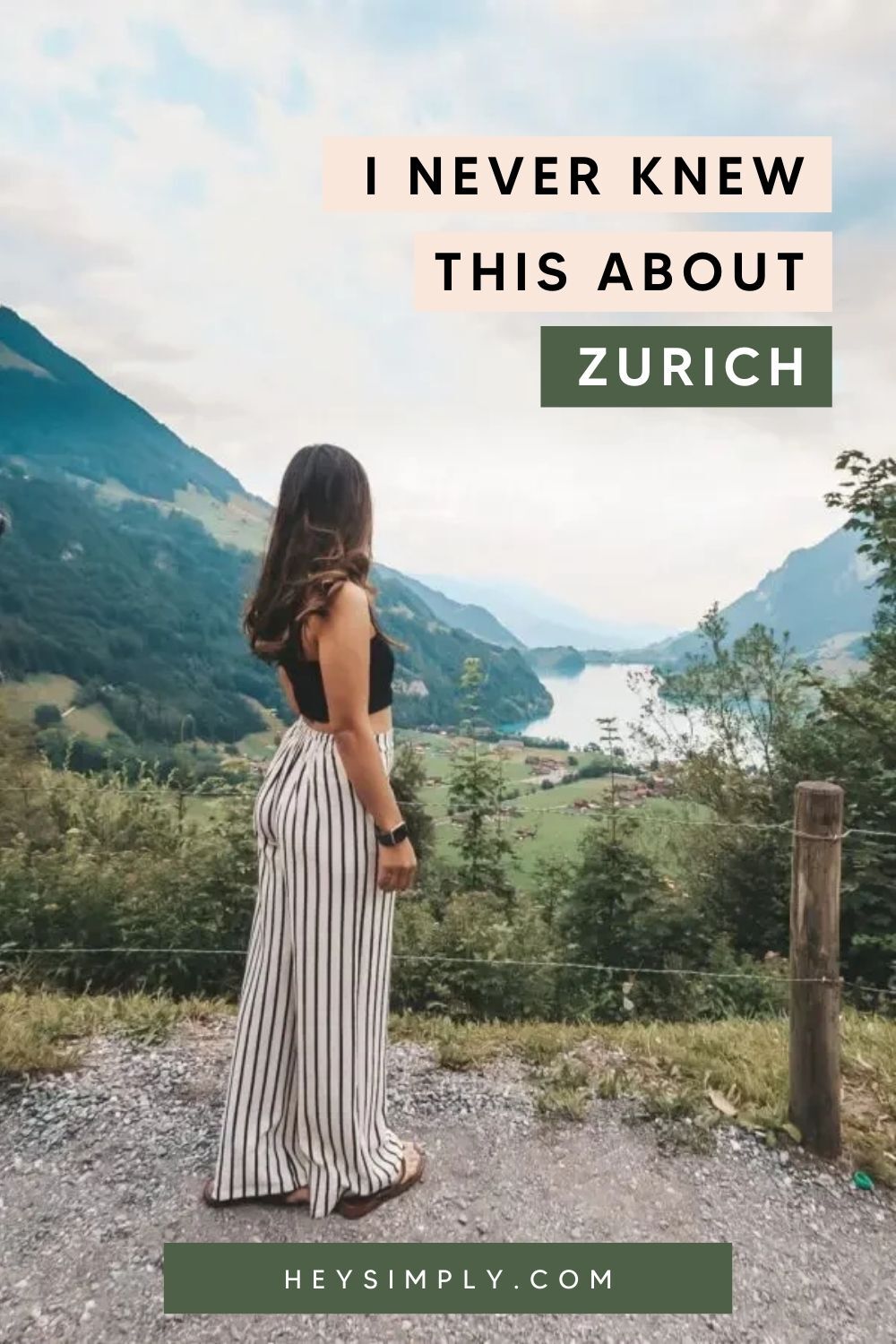 After the flights were booked, what we didn’t know was that Zurich is the most expensive city in the world. I know what you are thinking: No way! It has to be Dubai or Tokyo! Nope, in fact, pretty much anywhere you go in Switzerland is highway robbery. 4/5 most expensive cities in the world are in Switzerland – the others being Geneva, Bern, and Basel — in case you ever find yourself on Switz themed Jeopardy one day.

[Editor’s note: I am so not bitter about the $42 cab ride we took for 2 miles to get to a restaurant… that ended up being closed.] 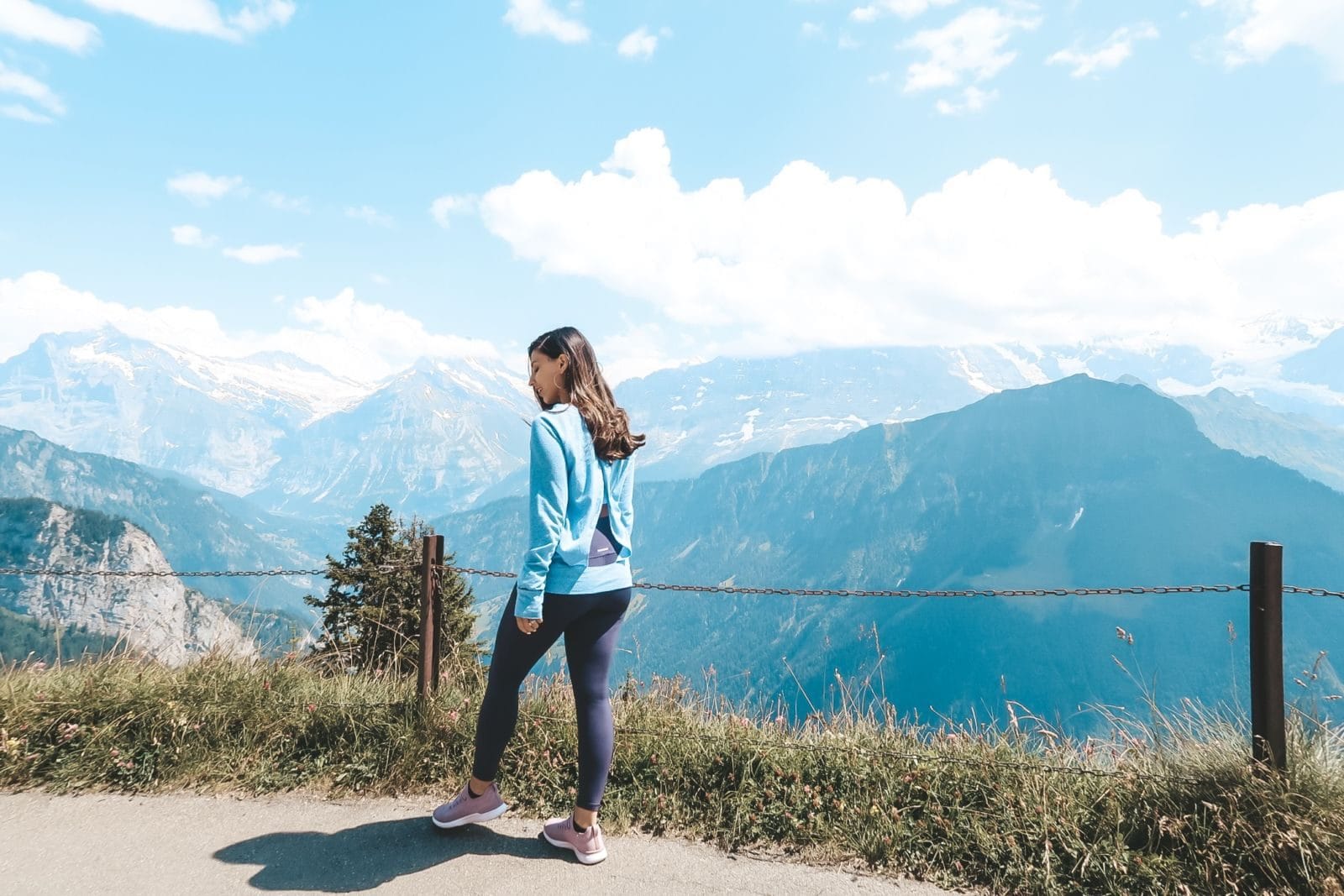 WHERE TO STAY IN ZURICH

We had heard that there wasn’t a ton to do in Zurich except for pretty sights and because it was the end of our mini Euro getaway, we splurged on a 5 star hotel on top of the city. We figured that we would have some pretty views, read a book out by the pool every day and just take walks around the grounds. We stayed at The Dolder Grand and my oh my was it worth it! Talk about being treated like royalty. The night we got in, it was pretty late and the staff opened up a private balcony for us to have a full dinner from the chef at the restaurant. Since we were on top of the city, it was beautiful and also kind of cold. Then it happened… blankets! They brought us blankets for our midnight dinner over the city. Eating dinner outside with a lit up sky on the top of a mountain WITH A BLANKET — it was the dream. That was just the first night. 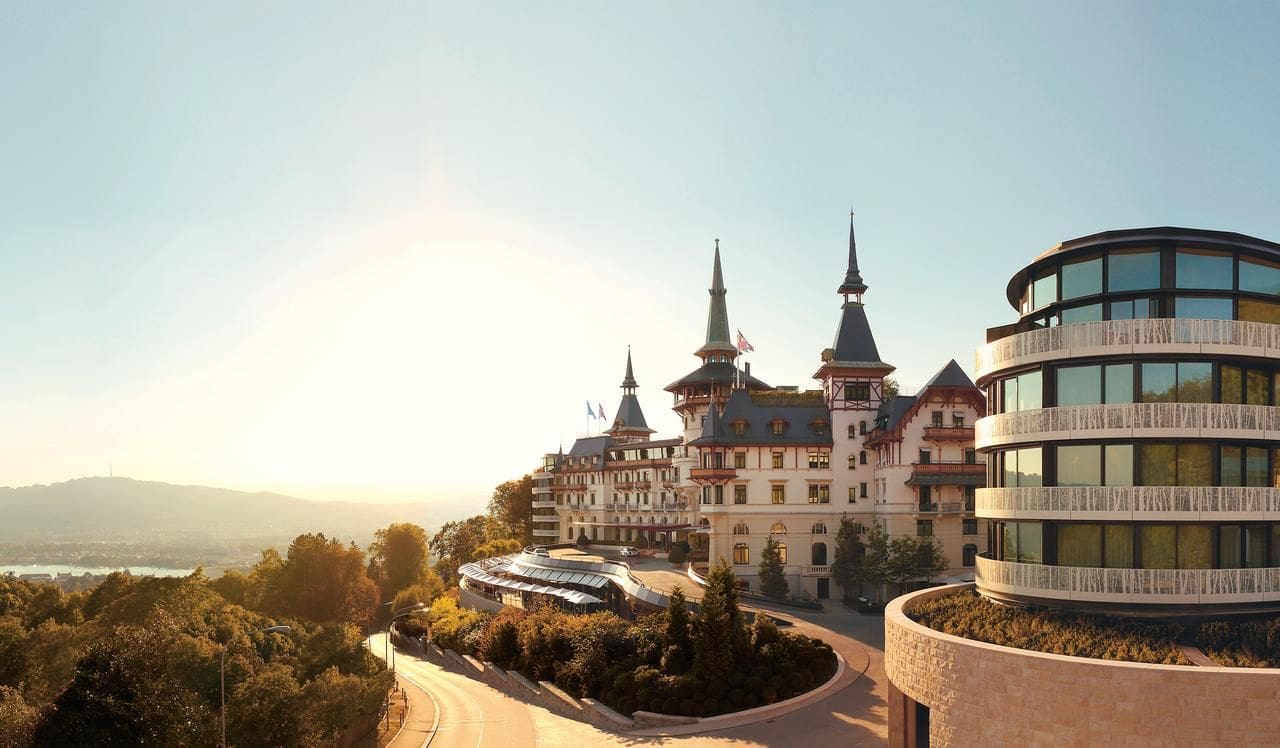 We decided to spend our first full day going to Interlaken and we went down to the concierge at The Dolder Grand in search of train tickets. We knew it would be steep, internet research showed us that the Swiss Pass (train pass) for 2 days would run us about $250 pp and not *all* transportation would be included. Yikes! But we bit the bullet and made a plan to do it anyways. The concierge had different plans, he told us the only way to properly see Switzerland is via car and then offered us the complimentary hotel car – a BMW convertible. No big deal (keep it cool, Sabrina – pretend like we fit in!) Sahir and I exchanged glances and casually shrugged like, “sure, okay we can take the private car, whatever” and inside were beaming with excitement.

We hit the roads which honestly were pretty confusing. But between Google Maps and the top down, it was such an incredible experience and the time flew by. We were lucky to have great weather and were just stunned by the postcard views. 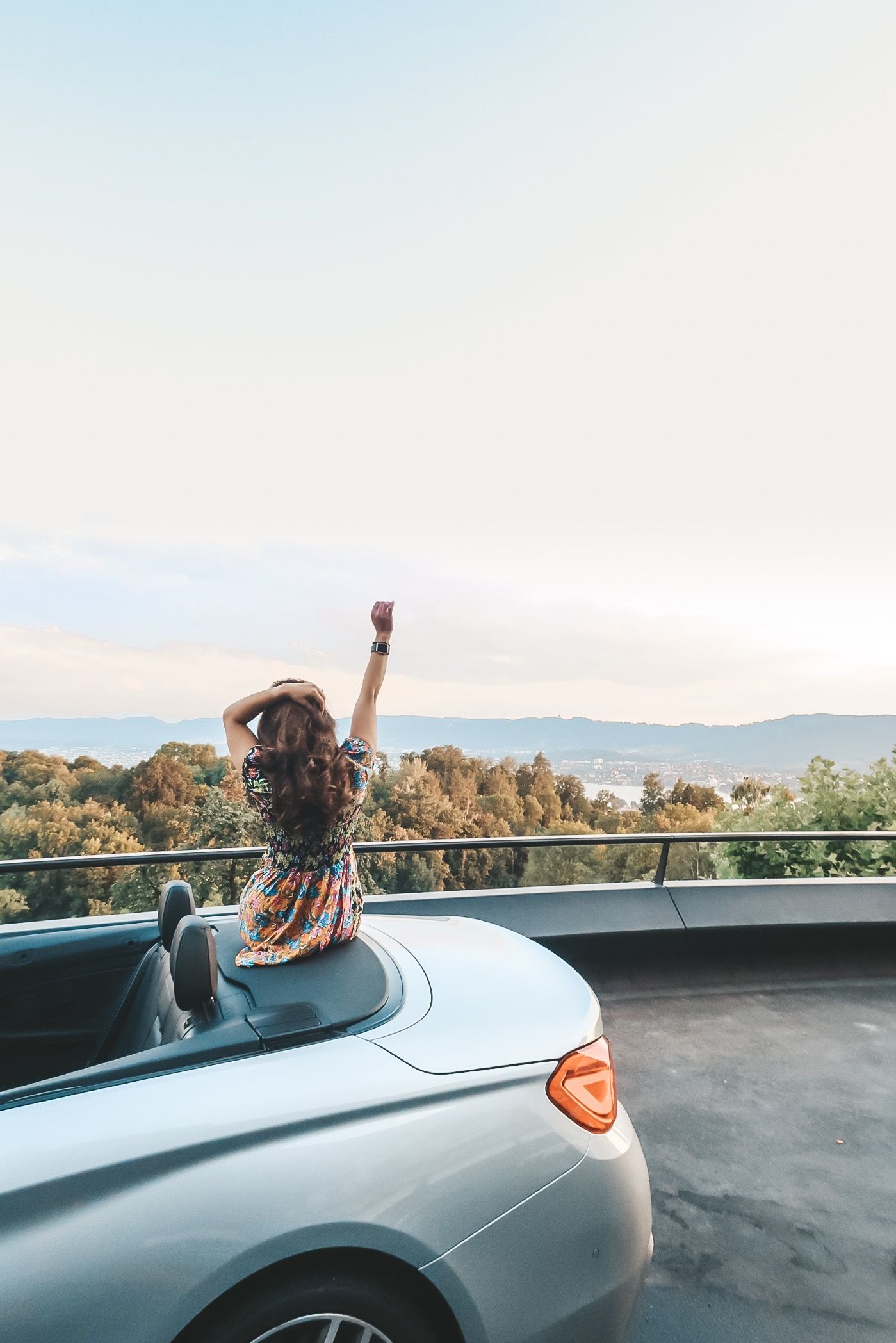 We took the tram from Brunig up to Gundlischwand for these beautiful peak views and actually had Swiss Hot Chocolate in the Swiss Alps. Real talk: It tasted like Swiss Miss, apparently that’s the real thing. So we aren’t missing out on much here in the states.

After that, we took an almost vertical train up to Harder Klum which is the highest point in Interlaken. Beautiful views of the lake, the Alps, and overall the perfect setting: commence photo shoot.

RELATED: The Best Travel Shoes That Are Perfect for Travel 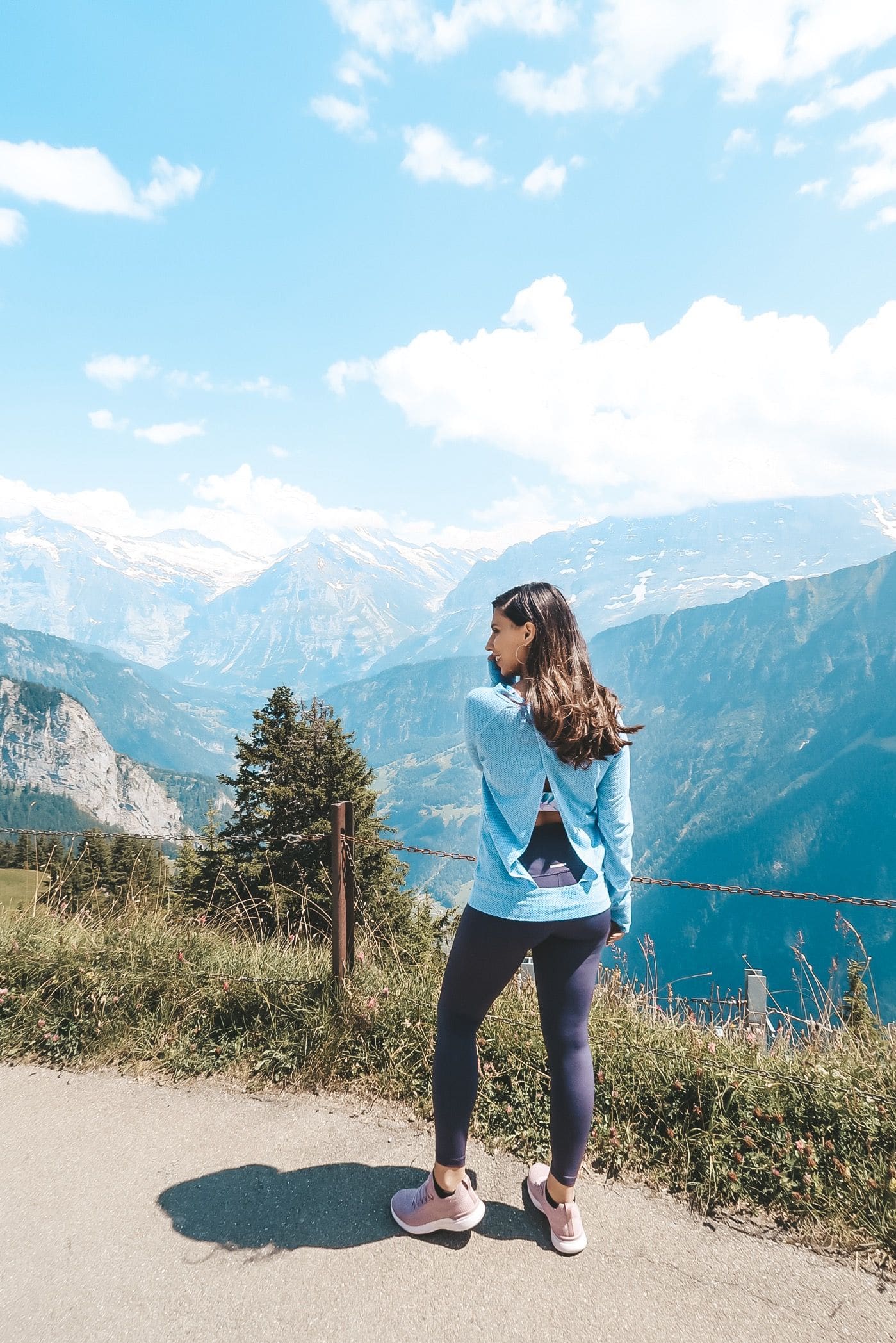 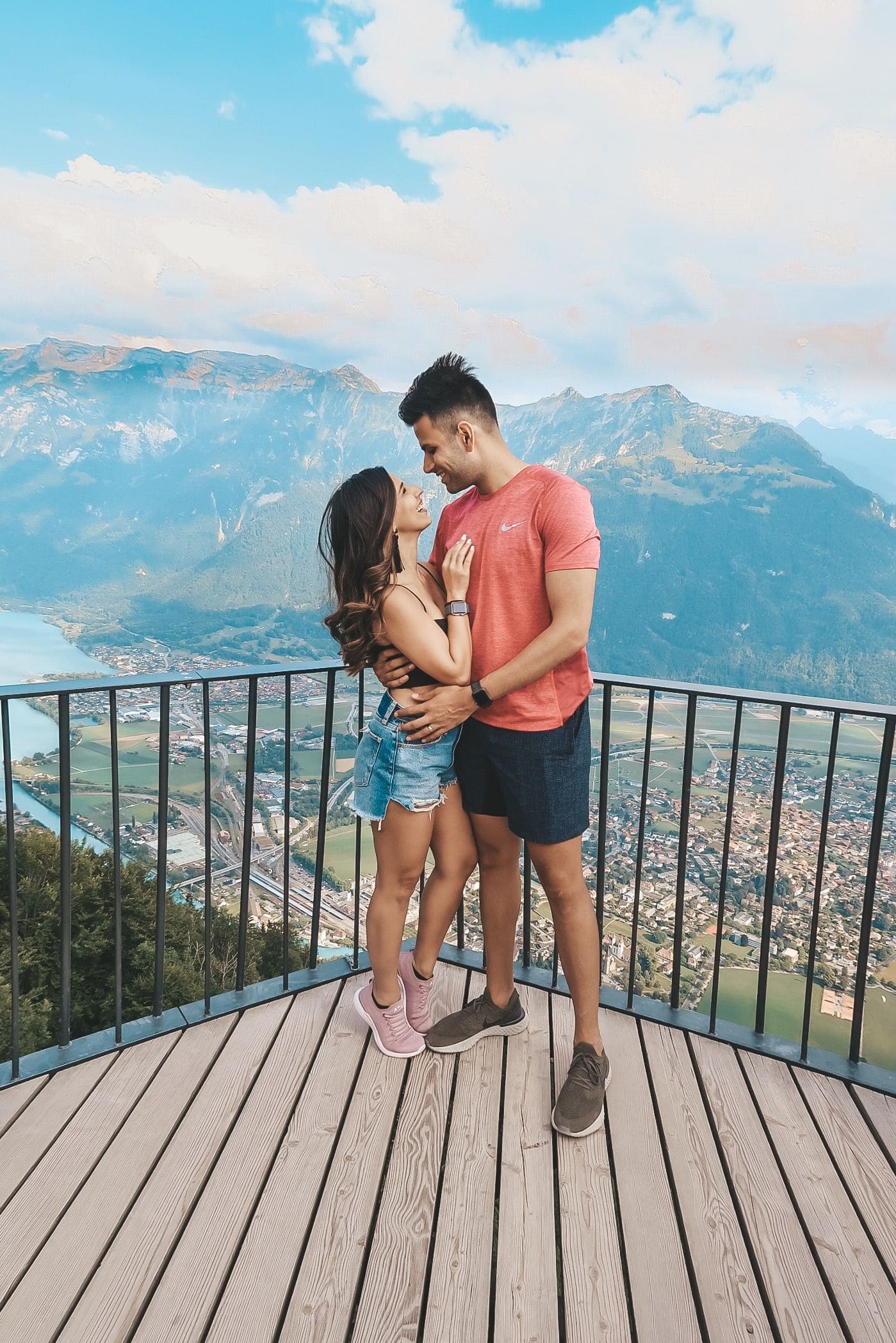 Make Sure You Avoid These 3 Common Road Trip Mistakes

Because we drove, we were able to hop and hop off at any spots that looked interesting to us. We wanted to make it back before nightfall so we didn’t have too many unplanned stops. The drive from Zurich to Interlaken took us about 2.5 hours each way.

WHAT TO DO IN ZURICH

I wish we had more time, but on our last day in Zurich we just spent time locally. We went to the chocolate factories, sat by the famous Lake Zurich and fed the swans, and walked about 20k steps and had the famous Swiss Fondue and chocolates! 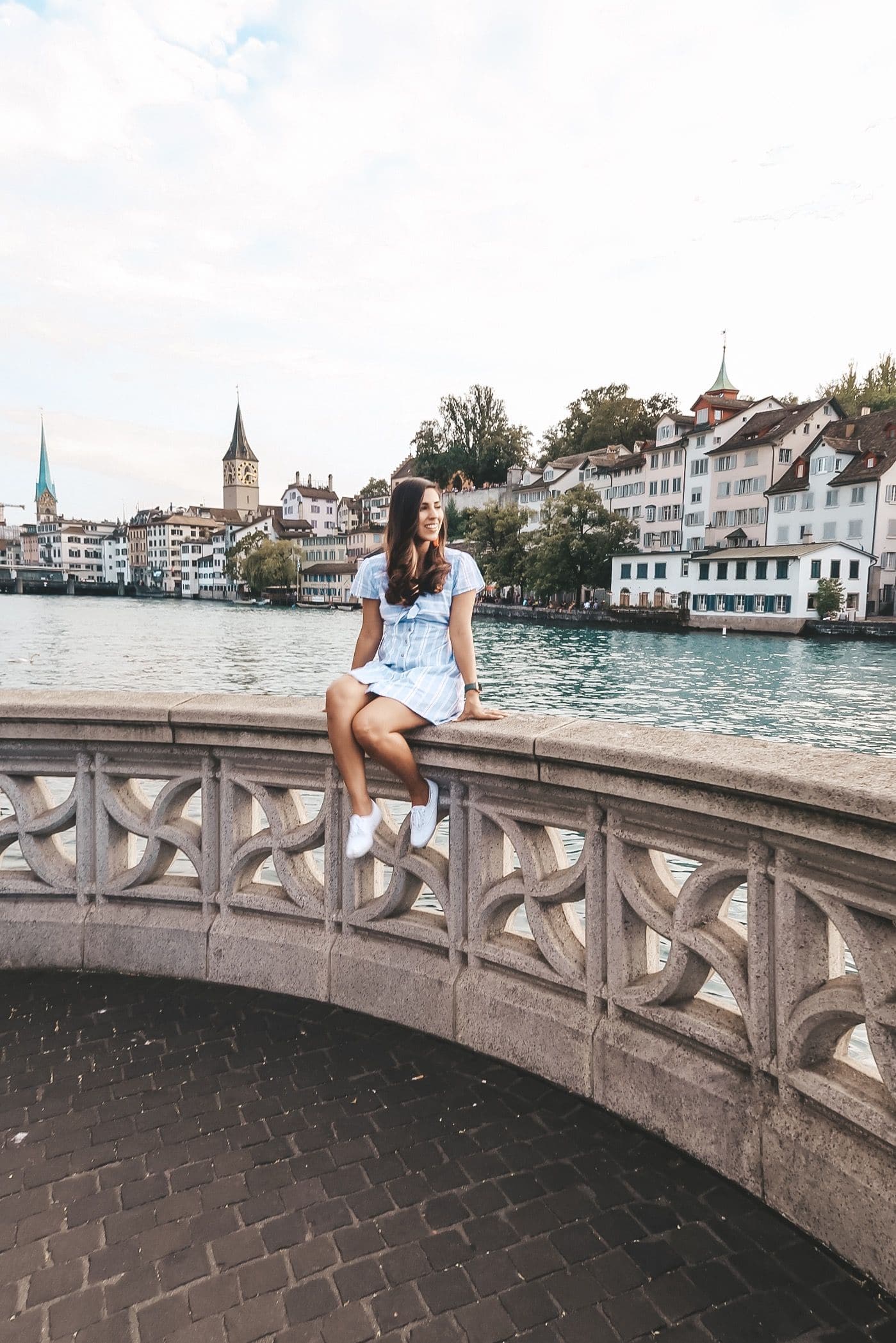 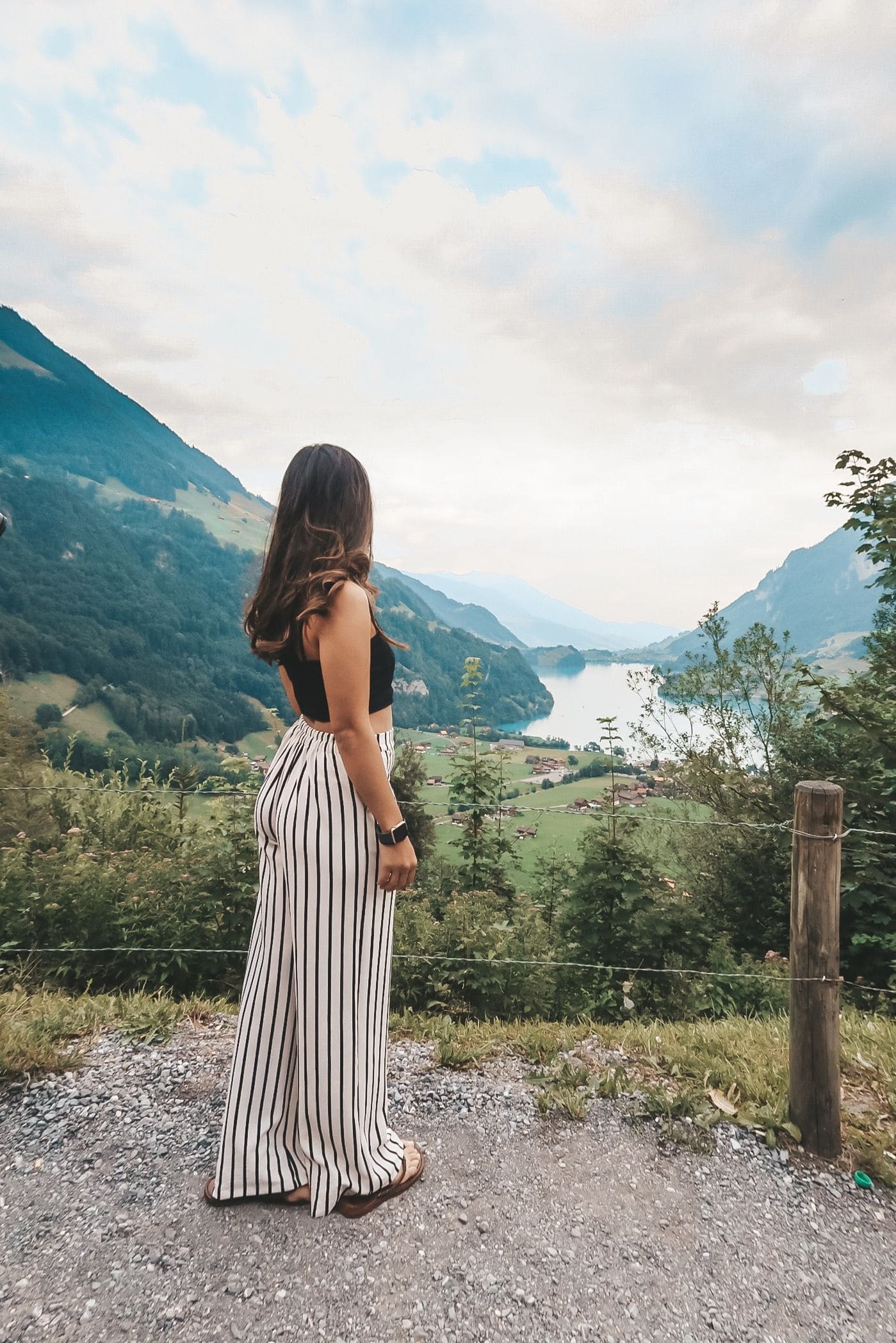 After a full day, we retired to our hotel which was also happened to be a full spa and took advantage of the infinity pools, hot stone baths, and spa services – seriously it was so worth it. Thank you Chase Reserve Points!

RELATED: What To Know When Traveling With Your Beau 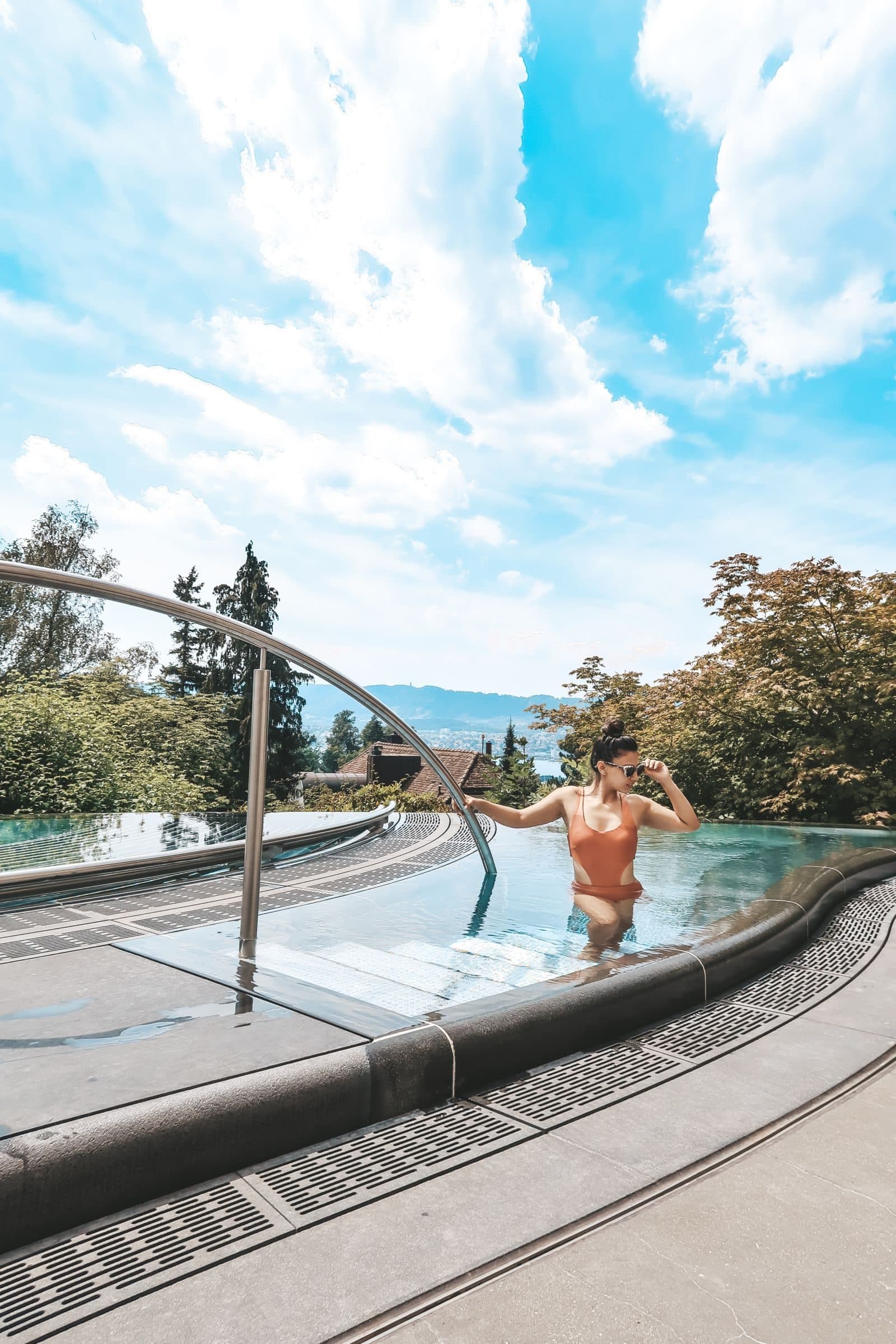 We honestly didn’t know what to expect when we chose to spend a few days in Zurich. We flew in around midnight on Thursday night and left at 8 AM on Sunday so a “short-trip” doesn’t even begin to cut it, but it was magical nonetheless. I highly recommend a trip to Switzerland – you can’t go wrong in Interlaken, Bern, or even Lucern and Zurich is a great place to call home base — but I’m warning you. Plan to have some deep pockets: food, travel and accommodations are steep in Switzerland.